After I left Vancouver I did not really know which way I should drive. It was the 10th of June and I wanted to start all the way down to New York on the 24th of June, so I had only 14 days for little Canada. 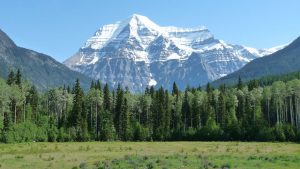 My original route from Vancouver via Anchorage to Yellowknife was changed quickly. This would have meant driving more than 10.000 km – too long for only three weeks. I wanted to see the beautiful country, lots of wildlife, especially bears and I needed some sportsbars on the way to watch the soccer world cup! 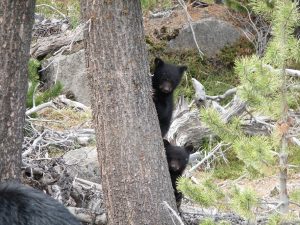 nobody was interested in soccer. The Aussies showed Formula 1 even during the final when France bet Brazil 3:0! I could not believe that … well whatever … I asked the locals for the best route, but everybody told me a different story. Go left, go right, go north go south, finally I took the route that passes the most national parks. It was a 500 km dead end road from Williams Lake to Bella Coola but the way was absolutely worth it. I saw about 12 bears, black colored black bears, brown colored black bears and a mom with their cute cubs on our way.
Only the Grizzly was missing. Well there are about 160.000 black bears in the region of British Columbia and Alberta but only about 13.000 Grizzlies. So maybe this was the reason, but wait! What was that on the road? A big brown-grey bear with a hump on his back – a Grizzly!! Followed by two cubs, bigger than the first black bear kids but still playful and cute. What a lucky strike! Only the mosquitoes coming around when I stopped the car for more than five minutes were annoying.
In the evening when I lit the fire and watched the pictures and videos from the last two days (I drove 500 km on the first day to Bella Coola and 500 km back the 2nd day) I was very happy and curious what will happen next in beautiful Canada. 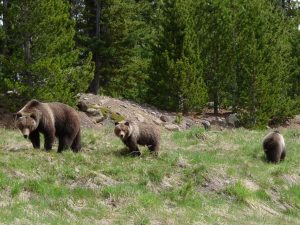