We spent some time in Walvis Bay, a town on the west coast of Namibia, before I dropped of Marco at the bus station in Swakopmund 30 km north of 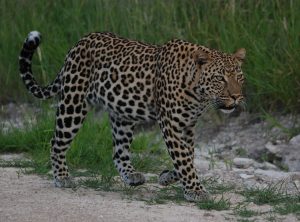 Walvis Bay. He had to catch his plane to Cape Town to meet his mother with whom he travelled to Stellenbosch and conquered the Garden Route before he visited the Gorillas in Ruanda and some other places in East Africa.

A few days later, Bigfoot was repaired again and I drove to Windhoek to catch my uncle at the airport.

We wanted to discover the north and northwestern parts of Namibia.
First we headed to Etosha National park in the north.
Etosha, meaning ‚place of dry water‘, is centered underneath a huge, flat calcrete salt pan of about 5,000 square kms in extent in far north Namibia. The variety of mammals is amazing and the big advantage is that 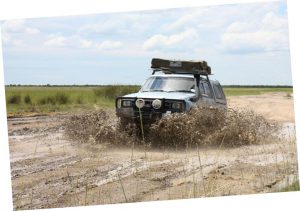 the park can be discovered by driving by yourself and you don’t even need a 4WD. Etosha is one of Africa’s major wildlife sanctuaries, being a game reserve since 1907 and covering an area of more than 22 750 sq km. 3 camps are located in the park. Okaukuejo in the west, near the Andersson Gate, Halali in the middle and Namutoni an old Fort in the eastern part. All three camps provide a waterhole which is illuminated at night. But we had rain season, so all the animals were wide spread all over the park and everything was bushy and green, making the safari more difficult. One time we got stuck in a muddy area, but Jan got out of the car and engaged the four-wheel drive. It was kind of a natural fango package between hartebeests and springboks 😉
But we were lucky to see a lot of wildlife – especially that time when a leopard passed our car a few meters in front of us. All images are in „Watch Me„